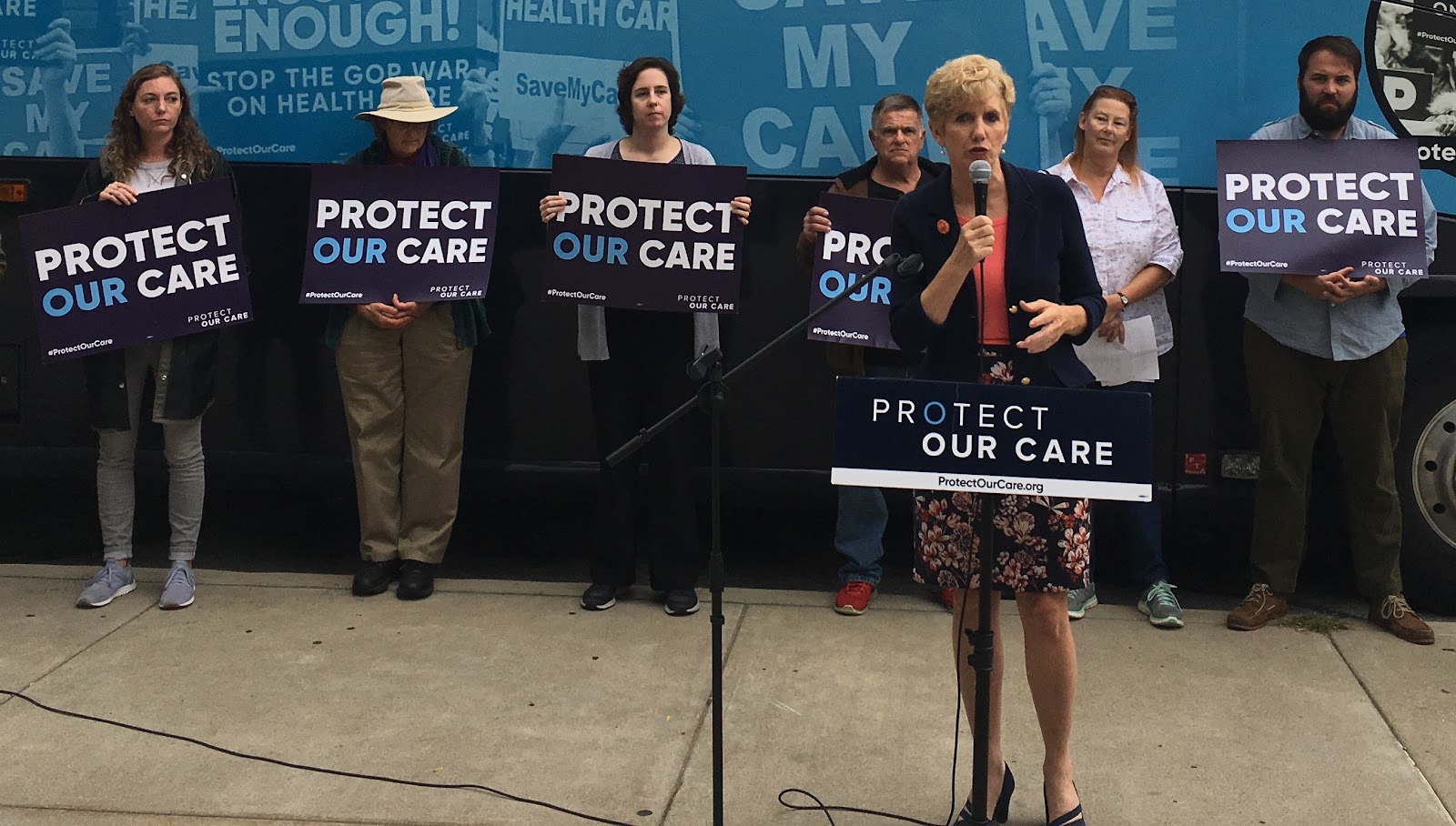 (Erie, Pennsylvania) – Today, County Executive Kathy Dahlkemper joined Pennsylvanians with pre-existing conditions at the Perry Square Park to speak out against the devastating repercussions of health care repeal. You can watch the full video here

The event was part of Protect Our Care’s nationwide bus tour calling attention to Republicans’ attempts to sabotage health care, including a lawsuit that would gut protections for Pennsylvanians with pre-existing conditions.

The 5,329,500 Pennsylvanians living with a pre-existing condition would be in jeopardy if a judge sides with President Trump and the GOP in their lawsuit.

“I fought to make sure that young people could stay on their parents’ insurance until they turn 26 when I was in Congress,” said County Executive Kathy Dahlkemper. “I’ve continued advocating for access to quality, affordable health care as County Executive, and actions by leaders in Washington to shrink access and make health insurance even more expensive for Pennsylvanians is disturbing. Enough is enough – stop threatening protections for Pennsylvanians with pre-existing conditions and raising prices on hardworking Americans.”

County Executive Dahlkemper was also joined by Tanya Teglo and Terri Hullihan, Pennsylvanians living with pre-existing conditions, who shared their stories and talked about the protections provided to them under the Affordable Care Act.

“Living with Cerebral Palsy has presented me with a unique perspective and a real understanding of why health care and Medicaid benefits are important and should be protected,” said Teglo while speaking about her pre-existing condition. She explained that, “without Medicaid and protections created by the ACA, it would be tremendously difficult for me to get the care that I need.”

“I got sick two decades ago while working at a company with great benefits, but my illness kept me from working, and I lost my job,” said Hulihan. “But then the ACA was passed into law – including provisions that prevented insurance companies from discriminating against me for having two chronic illnesses – and I was able to get insurance again.”

“The stakes have never been higher for Pennsylvanians’ health care,” said TJ Helmstetter of Protect Our Care. “Since the enactment of the Affordable Care Act, almost 479,000 Pennsylvanians have gained health insurance. This is all in jeopardy due to Republicans’ repeal and sabotage agenda. Pennsylvanians want this Republican war on health care to end, plain and simple. That’s why we’re here today.”

You can watch the full video here. The bus now travels to Cleveland and onto Columbus for events on Friday. More details but upcoming stops can be found here.